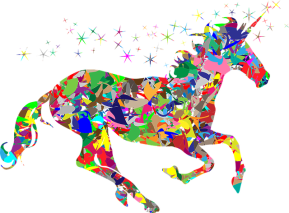 I have accepted that part of my role as a special needs parent is a heightened level of vigilance about every aspect of my child’s life. Her education, her health, her future all of these require virtually constant monitoring and attention from me. She doesn’t speak so there is a kind of forensic quality to my parenting. I am always studying her and trying to figure out what she needs now, ten minutes from now, one year from now, five years from now, and so on.

I realized recently that I had slipped into a sort of magical thinking. When I picture Mae as an adult she is the size of her 8 year old self, and I am 40. I have often joked that as she ages we will be some sort of strange version of Little Edie and Big Edie from Grey Gardens.

Even when I joke about it, I picture us as we are now but with grey hair and fatter. This is, of course, ridiculous. Mae will not be taller than I am, in fact they expect she will top out at around 5 feet tall. She is 48 pounds now and I can no longer comfortably lift her. She no longer fits in the grocery cart, and putting her into the jogger for weekly trips to the farmers market is nearing its end as well, as her long legs stretch almost to the ground.

So, I started to engage in a new kind of magical thinking. If I could acknowledge that I could not stop my own aging process, could I somehow keep her a child forever?

As we were nearing the end of her most recent doctor’s appointment, her team assembled in a small room as she ping pong balled around, walking on furniture, bunny hopping from wall to wall, seemingly oblivious to the fact that 6 adults were discussing her newest med change and all its repercussions. “I have just one last question,” I said, as if I were going to be asking something quick, something easy. I have adopted a breezy tone in my voice when I know I am about to say something unpopular. “I would like to talk about stopping puberty, I would like to talk about keeping her small.” No one responded initially; in fairness they may have been thrown off by my “just a quick thought” tone.

When her doctor did respond, his answer was thoughtful and kind. He pointed out that there are cognitive benefits to going through puberty, and that there were significant ethical discussions that would have to happen if we were to start messing with the natural course of her very normal physical development. Only a few days later an article appeared in the The New York Times addressing this very issue.

The children in the article were all immobilized by physical illness, but their parents were struggling with the same issues that I face every day. As their children age and their bodies grow, caring for them becomes more difficult.

We will age, our children will age, and neither of those things will make life easier for them or for us. So, now I am engaging in a new kind of magical thinking, thinking that shouldn’t feel like a lofty, crazy, hard-to-achieve thing.

What if I could age knowing that there was a safe, affordable, engaging environment for my child? What if instead of feeling like I had to outlive her to assure her safety I could rely on a well-organized, well-funded mental health system?

This shouldn’t feel like magical thinking. This should be a reality. We live in one of the wealthiest countries in the world, at a time when we understand more and more about the brain, and yet our system for people with special needs moves from education to adult day care. We can and should do much better. No one should have to rely on magical thinking when it comes to their child’s future.

4 thoughts on “It shouldn’t have to be magical thinking…”