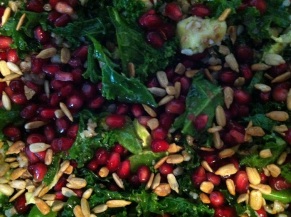 Last night I watched the documentary Fed Up which was produced and narrated by Kate Couric.  It is a fairly detailed account of how we have found ourselves in a situation where obesity is now a bigger health crisis than starvation. The whole low fat craze started in 1977, and as food companies removed fat from food they added sugar — lots and lots of it.  Since we were all trying to avoid getting fat, it seemed to make sense to remove the fat from our diets.  However, once you remove the fat from a food it is really no longer recognizable to your system; and when you add a bunch of sugar it actually sends your system into overdrive, raising your insulin levels and ultimately turning all that excess sugar into fat.

Say the words “Olestra” or “Snackwells” to anyone my age and they will laugh.  Almost everyone I know remembers those cookies that all at once appeared in the pantry.  Who can forget the thin outer layer of chocolate that in a not unpleasant sensation would give way to a vaguely dry and cardboard middle.  I even remember peeling the outer chocolate off and leaving a stack of the icky middles on the coffee table as I watched The People’s Court after school.  As Judge Wapner handed down faux justice I ate faux cookies although at the time I believed in both.  Only a few years later Olestra appeared, this new chemical was going to mean that you could eat bags of Doritos and potato chips and not gain weight.  The only catch was that each package came with the warning “May cause anal leakage.”  These two products disappeared off the shelves after a few years.  I guess that even the thought of guilt free Doritos wasn’t enough to make people overlook the anti-social consequences.

What becomes clear in Fed Up, and what we all are realizing, is that a lot of the things sold in the grocery store are not food.  In fact most things that have been processed are not food.  That doesn’t mean they don’t taste good, or that we don’t want them, but it does mean that our bodies don’t benefit from them at all.  Coincidentally, I am reading a book called Eating on the Wild Side by Jo Robinson.  It is an easy read all about how to get maximum nutrients from our food. For example, if you crush fresh garlic put it aside for ten minutes before you heat it.  Only after a little rest does it release all its powerful anti-inflammatory chemicals.  She also points out that given the sad state of what passes for a tomato in most grocery stores we are better off with the canned variety.

Ultimately, we all want to feel good about what we eat.  I am a believer in moderation in all things. Except for dessert…I am an all or nothing girl when it comes to whipped cream! The point made in both the film and the book is that real nourishing food is rarely available in a package. I knew it wasn’t all healthy but some of it bears a closer relationship to the lego on my playroom floor than what we should be eating. For those of us who grew up thinking that fat was bad and low-fat was good, it’s time to reprogram ourselves.  As food journalist and author Mark Bittman says “If your grandmother wouldn’t recognize it you probably shouldn’t eat it.”

One thought on “Remember Olestra……”